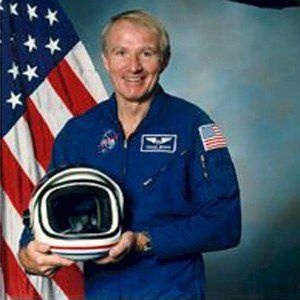 Command module pilot for the first U.S.-Soviet joint space flight in 1975 and was also commander of three Space Shuttle missions.

He was an active Boy Scout for Troop 64 in his hometown of Longmont, Colorado, and attained the ranking of Life Scout.

He logged 9,669 flying hours and flew over 30 different types of military aircraft.

He married and had six children.

He flew on STS-41-B with Ronald McNair.

Vance Brand Is A Member Of