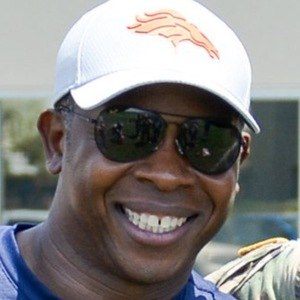 Defensive-minded coach who was offered his first head coaching opportunity by Denver Broncos GM John Elway in 2017. He was the defensive coordinator for the Miami Dolphins for the season prior.

As a player, he played quarterback and running back at the University of Colorado, and later served in the positions of graduate assistant and defensive backs coach for the school. Before turning to coaching, he was signed as an undrafted free agent by the Jets, and would play cornerback for them and for the Colts in 1995 and 1996, respectively.

His older brother Mickey started at the quarterback position part-time for the University of Nebraska in 1990 and 1991.

He took over the role of head coach for the Broncos after Gary Kubiak stepped down from the position due to health concerns.

Vance Joseph Is A Member Of