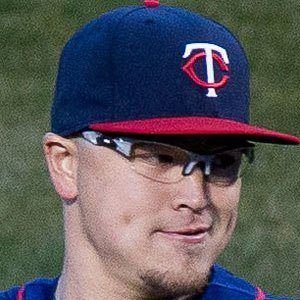 Right-handed pitcher who broke into the Major Leagues with the Phillies in 2010 and quickly earned the nickname "The Vanimal."

He was drafted by the Phillies in the 20th round in 2005, but he chose to go to Cal State Long Beach instead, and went on to sign with the Phillies in 2008 when they drafted him in the third round.

He finished third in the 2011 NL Rookie-of-the-Year race, trailing only Craig Kimbrel and Freddie Freeman.

His mother Shirley was born in Hong Kong and they moved to the United States when he was a child.

He was part of the same pitching staff as Roy Halladay on the Phillies when Halladay won the his second Cy Young Award in 2010.

Vance Worley Is A Member Of