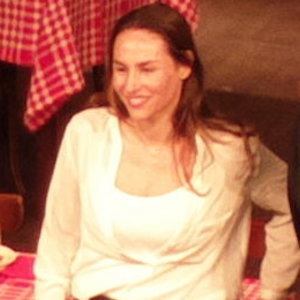 Actress most famous for her roles as Linda on the French sitcom Classe Mannequin and Anne Dumont on the crime series Central Nuit. She is also known for having been an official model for the video game character Lara Croft.

She got her start as a model at age 14. She received classical dance training growing up.

She had a brief career as a singer, releasing the album Reve de Fille in 1995.

She married actor Philippe Lellouche in 2010. She has children named Solal and Sharlie.

She appears alongside Johnny Hallyday in the 2017 film Chacun sa Vie.

Vanessa Demouy Is A Member Of