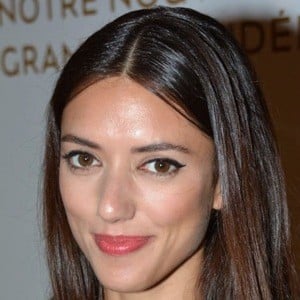 Film, television and stage actress featured in 2015's The New Adventures of Aladdin, 2016's Going to Brazil, 2018's Let the Girls Play and numerous other films.

She started doing theater at the age of 12. She studied performing arts and spent two years at conservatoire de Besançon.

She starred in an action television show called No Limit as Marie Dulac.

She has both a younger brother and younger sister. She dated José Reis Fontao, vocalist of Stuck in the Sound, from 2012 to 2015.

She starred alongside Alison Wheeler in the comedy film Going to Brazil.

Vanessa Guide Is A Member Of