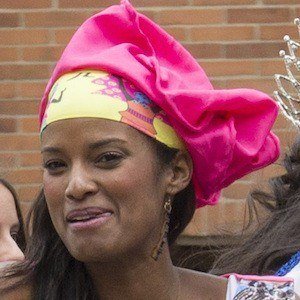 Colombian model who was crowned Miss Colombia 2001 and went on to win the Best National Costume award at Miss Universe 2002. She is notable for being the first woman of Afro-Colombian descent to win the Miss Colombia pageant.

She was raised in a village called Ungia in the Chocó Department of Colombia.

She was a keynote speaker at Benedict College in 2005.

She has 15 siblings. Her father passed away when she was very young.

She and Natalia Navarro are both former Miss Colombia winners.

Vanessa Mendoza Is A Member Of