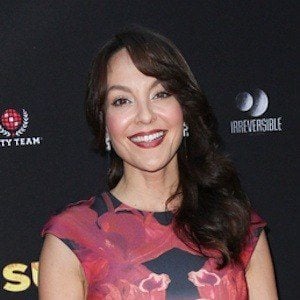 Colombian actress, presenter and model, who is best known for placing 1st Runner-Up at Miss Universe in 1994. She is also known for her role in the Netflix original movie Reality High.

When she was young, she split her time between the U.S. and Columbia. Combining both cultures, she competed in several beauty pageants and expanded her career as a model. After competing in the Miss Universe Pageant in 1994, she began to pursue a career in acting, landing roles in a variety of soap operas and television series.

She was the winner of the Miss Colombia pageant in 1993.

She was born and raised in Cali, Colombia. She married Borja Aguirre.

As a star in the Netflix film Reality High, she can be seen starring alongside Keith Powers, Alicia Sanz, and Anne Winters.

Carolina Gómez Is A Member Of