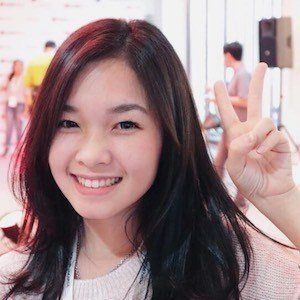 Indonesian YouTuber who is famous for her eponymous channel and its content. She has gained popularity there for her makeup DIY projects and look tutorials, challenges, and personal lifestyle vlogging alongside her long time boyfriend Glenn Julifer.

She has amassed more than 950,000 subscribers to her YouTube channel. Some of her most popular YouTube videos have included "DI KASIH MINUM SUSU IBU HAMIL!" and  "DIY Vs Original Black Mask."

She began collaborating alongside her boyfriend on YouTube in 2014.

She and her boyfriend Glenn Julifer have accrued more than 1 million views on many of their YouTube videos.

Vanessa Sevilla Is A Member Of