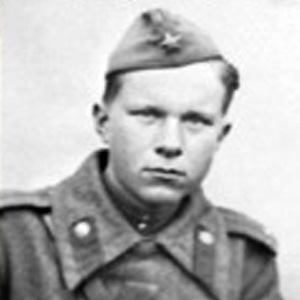 A prolific World War II-era author and Nobel Prize nominee, he is considered one of the most important Belarusian literary figures. His works include The Wall, The Long Road Home, and The Obelisk.

He joined the Red Army in his late teens. He published his first short story, Crane's Cry, in 1960.

In 1980, he was named the People's Writer of the Belarusian SSR.

He was survived by his wife Iryna.

Vasil Bykaw Is A Member Of