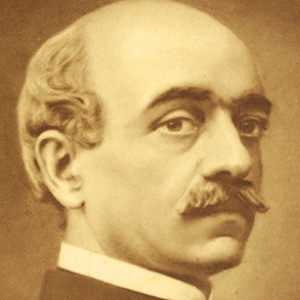 Diplomat and poet who championed Romanian cultural identity in his poem "Romania's Awakening". He supported the union of Moldavia and Wallachia, which he wrote about in his poem "Hora Unirii".

He studied chemistry, medicine, and law before deciding on literature.

After leading a failed revolution in Moldavia, he fled to Paris and continued to write political poetry.

He had a daughter with wife Paulina Lucasievici.

He is considered a Romanian poet of the Classical Age along with poet George Cosbuc.

Vasile Alecsandri Is A Member Of