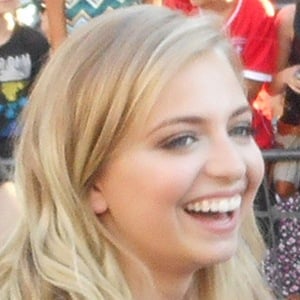 TV actress who is best known for dubbing the voices of Chloe Grace Moretz and Bailee Madison in films for a French audience.

She played a schoolgirl in the 2005 film Dawn of Luc Dionne.

She played the role of Rosabelle in the movie Ego Trip in 2015. She has over 320,000 followers on her Instagram account.

She is the daughter of Sébastien Reding.

She and Steve Carell both voiced characters in Despicable Me.

Venutia-Ludivine Reding Is A Member Of