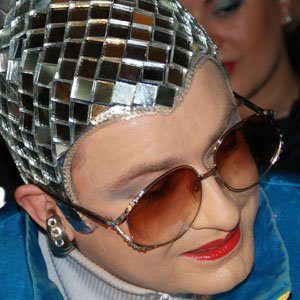 Ukrainian comedian and pop singer who finished in second place in the 2007 Eurovision Song Contest. He is known for hit singles like Dancing Lasha Tumbai and has sold over 600,000 records in Ukraine.

He was born Andriy Mykhailovych Danylko and created the character of Verka Serduchka, a female railroad car steward, in 1990.

Though he dresses as a female character for a living, he insists that he is not actually a transvestite in his personal life.

He has stated that he lived with a woman for eight years.

He made an infamous, nonsensical phone call to The Graham Norton Show in 2007.

Verka Serduchka Is A Member Of