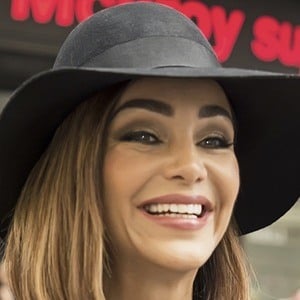 Beauty queen and television personality who first became known in 1993 for winning the title of Miss Germany and going on to represent the nation in the Miss Universe contest.

Before winning her first pageant title, she made her first appearance in 1986's Modern Talking - The Video.

Some of her recurring television appearances include Extreme Activity, Die Harald Schmidt Show, and Die Johannes B. Kerner Show.

After marring entrepreneur Franjo Pooth in 2004, she had two sons, San Diego and Rocco Ernesto. She was previously married to Dieter Bohlen.

She competed against Dayanara Torres in the 1993 Miss Universe pageant.

Verona Pooth Is A Member Of