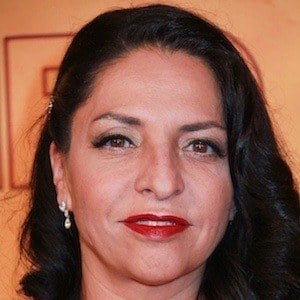 Her first television appearance was in a 1987 episode of Cándido Pérez, Dr. She would later make her feature film debut in Midaq Alley in 1995.

Outside her television roles, she has appeared in feature films like Sugar Kisses and Days of Grace.

Her father was an architect and her mother was a real estate broker. She has a brother who became a sports journalist. She married actor Marius Biegai in 1998 and they have one son named Lucca.

In Queen of the South, she was joined in the cast by Alice Braga, Peter Gadiot, and Joaquim De Almeida.

Veronica Falcón Is A Member Of