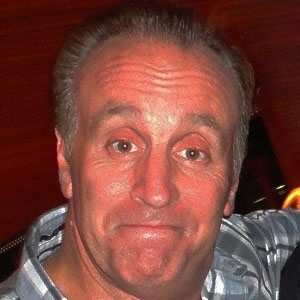 Notable as a stand up and sketch comedian, Dibitetto rose to fame after posting a wildly popular YouTube video titled "Bread and Milk." His YouTube channel has earned over 400,000 subscribers.

Before beginning his career as a web star and live comedy performer, he drove a school bus in Staten Island, New York.

When not producing comedy acts or videos, he enjoyed collecting memorabilia related to The Beatles.

He spent his early years in Staten Island, New York, and later relocated to Manalapan Township, New Jersey. His wife has appeared in several of his videos.

He and Canadian entertainer Jon LaJoie both rose to fame for their YouTube comedy videos.

Vic Dibitetto Is A Member Of