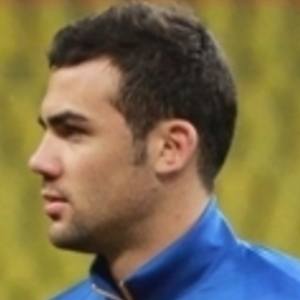 Spanish professional football player who is known for being a defensive midfielder for the English club Leicester City. He competes in the Europa League and is also known for posting a variety of pictures from his games to his over 120,000 Instagram followers.

He has received several awards and honors for his playing including the UEFA Europa League in the 2013 and 2014 season as well as the 2015 and 2016 season.

He was born and raised in Moncada, Spain.

Other players known for being a part of Leicester City Club include Kevin Poole, Andy King, and Gary Lineker.

Vicente Iborra de la Fuente Is A Member Of