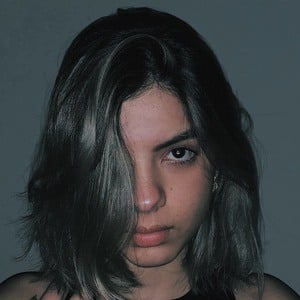 Most Popular#78018
Born in Valencia, Venezuela#10
Singer Born in Venezuela#24

Venezuelan cover artist and song writer with some original tracks titled "Closure," "27" and "You." Her cover of Xxxtentacion's "Jocelyn Flores" went viral on YouTube.

She moved to Miami from Venezuela on July 10, 2015. She remained there for one year before moving to Coconut Creek, Florida in 2016 and then Boca Raton in mid-2017.

She became affiliated with the singer Pink Sweats, as well as the singer Snøw.

Her real name is Victoria Jose Molina García. She moved to Houston, Texas on January 1, 2019.

She has covered numerous Xxxtentacion songs as well as ones by Juice WRLD and blackbear.

Most Popular#78018
Born in Valencia, Venezuela#10
Singer Born in Venezuela#24

vict molina Is A Member Of