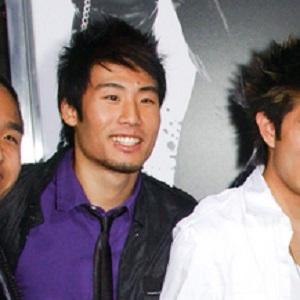 Winner of the third season of America's Best Dance Crew with Quest Crew. He had his own documentary titled, Introducing Victor King and the YTF Crew, which marked his transition into music in 2011.

His first dance-crew gig was with Mike Song and Anthony Lee in Yomama Crew.

He was seen on such shows as American Idol and So You Think You Can Dance; he also appeared in the Like This music video from MIMS.

His family raised him in Sacramento, although his career would take him around the world to such places as Singapore, England, and Canada.

He realized he wanted to be a dancer after seeing a Jerry Maguire commercial in which Cuba Gooding Jr. was breakdancing.

Victor Kim Is A Member Of