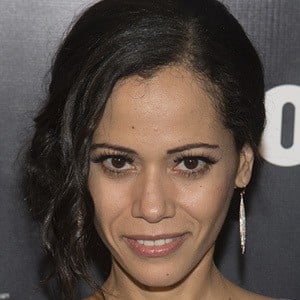 Actress of the stage and screen who earned series regular roles in The Bedford Diaries, Gotham and Almost Family. She had a minor role in the 2010 action movie Salt and landed a part in the 2019 film 21 Bridges.

She graduated from the American Musical and Dramatic Academy after attending Penn State University and earning a degree in education.

She landed a recurring role in NBC's Manifest and previously appeared in multiple episodes of Jessica Jones and The Path.

She moved to New York City from Philadelphia to pursue acting.

She starred alongside Timothy Hutton in Almost Family.

Victoria Cartagena Is A Member Of