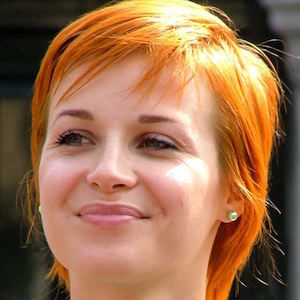 Ukrainian-born Dutch actress known for her role as Isabella Kortenaer on the Dutch soap opera Goede tijden, slechte tijden. She's also appeared in a number of movies as well as a documentary about AIDS in Ukraine, created in conjunction with Doctors Without Borders.

She moved to the Netherlands when she was 12 years old and acted in commercials as a teenager. She started acting in Goede tijden, slechte tijden while attending Leiden University.

She was awarded Favorite Actress at the 2004 Dutch Film Festival for her role in the movie Stille Nacht. She's worked with Amnesty International and UNICEF.

She was married to soccer player Levhen Levchenko from 2004 to 2008. She grew up in Soviet Ukraine and left the country not long after the USSR.

She appeared on the reality show Wie is de Mol?, which was then hosted by Angela Groothuizen.

Victoria Koblenko Is A Member Of