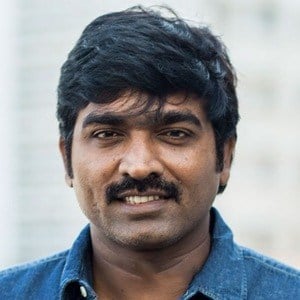 Notable for his starring roles in the Tamil films Thenmerku Paruvakaatru and Idharkuthane Aasaipattai Balakumara. Sethupathi is also known for his SIIMA Award-winning performance in the 2012 feature Pizza. In 2016, he received acclaim for his role in police drama Sethupathi.

Before launching his acting career by appearing as an extra in the 2004 movie Ghilli, he earned a bachelor's degree from DB Jain College and considered a career in accounting.

He wrote, produced, and starred in the 2015 film Orange Mittai.

He has three siblings. He and his wife, Jessy, married in 2003. The couple have two children, Surya and Shreeja.

He co-starred with Lakshmi Menon in the 2012 Tamil movie Sundarapandian.

Vijay Sethupathi Is A Member Of