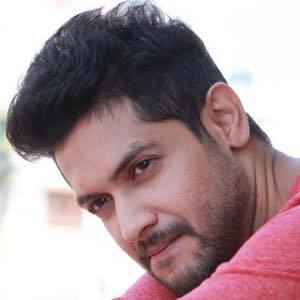 Bengali film actor known for his work in television series such as Sokhi in 2013 and Doli Armaano Ki in 2014. He also appeared in the feature films Hoi Choi in 2013 and Khoj in 2017. He has also starred in advertisements for companies such as Amazon and Shoppers Stop.

He won the Tele Cine Award for Best Male Actor for his role in the 2016 television series Ichchenodi.

He was born and raised in Kolkata, West Bengal, India.

He starred alongside Sabyasachi Chakrabarty and Abir Chatterjee in the 2017 feature film Meghnad Badh Rahasya.

Vikram Chatterjee Is A Member Of