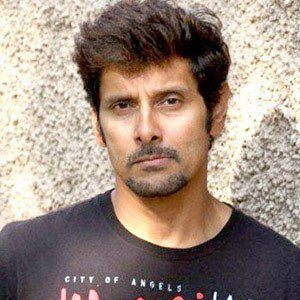 Known for his roles in such acclaimed Tamil films as Sethu, Anniyan, and Deiva Thirumagal, this Indian screen actor earned numerous Filmfare Awards and also occasionally worked as a playback vocalist.

After graduating from Loyola College, Chennai, with a degree in English and numerous collegiate theatrical credits to his name, he began acting professionally in television commercials. His first film credit was a 1990, low budget romance titled En Kadhal Kanmani.

He earned a National Film Award for his work in the 2003 drama Pithamagan.

Born Kennedy Vinod Raj in Chennai, India, he grew up in a family of both Hindu and Christian religious heritage. His marriage to Shailaja Balakrishnan resulted in two children.

He and Amy Jackson were both in the cast of the 2012 action film Thaandavam.

Vikram Is A Member Of