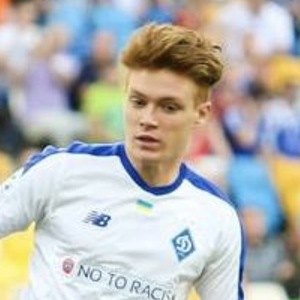 Professional soccer player who plays as a midfielder for FC Dynamo Kyiv and the Ukraine national football team. He began his professional career in 2015.

He attended the Nyva Vinnytsia and Dynamo Kyiv sport schools in Israel.

Tsyhankov got his first call up to the senior Ukraine side for 2018 FIFA World Cup qualifiers against Turkey and Kosovo in October 2016.

His father Vitaliy Tsyhankov was also a soccer player.

Viktor Tsyhankov Is A Member Of