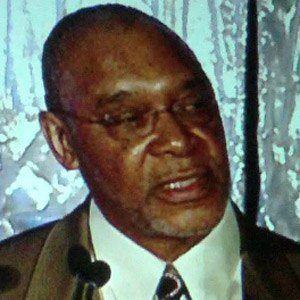 Former Olympic sprinter who won gold medals at the 1968 and 1972 Olympic Games. He also won the Pan American Games in Winnipeg in the 4x400m relay.

He competed in the 1967 AAU Championships, where his rivalry with fellow sprinter Lee Evans was stoked.

He was famously suspended following the medal acceptance ceremony at the 1972 Olympics for talking to Wayne Collett during the U.S. national anthem, an act which was seen by many as a protest.

He and Jeremy Wariner are both Olympic champions in the men's 400m event.

Vincent Matthews Is A Member Of