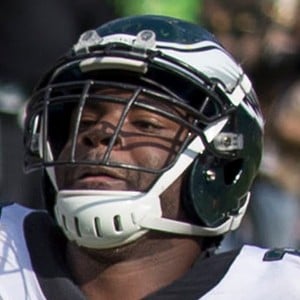 Defensive end who was selected by the Philadelphia Eagles in the second round of the 2012 NFL Draft and helped lead the team to its first-ever Super Bowl victory in Super Bowl LII. In 2018, he signed a 3-year, $23 million deal with the Tampa Bay Buccaneers.

In 2011, he became the first Marshall player to win C-USA Defensive Player of the Year since 2006.

He has siblings named Shawanda, Thomas, Renea, Jillisa and Amanda.

Vinny Curry Is A Member Of