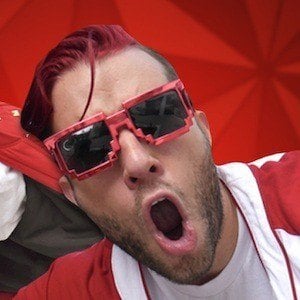 Most well known as one half of the YouTube gaming and music channel Rockit Gaming. The channel has earned more than 370,000 subscribers making songs based on games like Cuphead, Five Nights at Freddy's, and Bendy And The Ink Machine, amongst other games.

He first joined YouTube with his own personal channel in May 2015. The Rockit Gaming channel later opened that same year in August.

He has a self-titled personal YouTube channel where he has posted occasional video game-inspired songs.

He hails from Austin, Texas.

He is a part of the Rockit Gaming music-making team alongside Russell McKamey.

Vinny Noose Is A Member Of