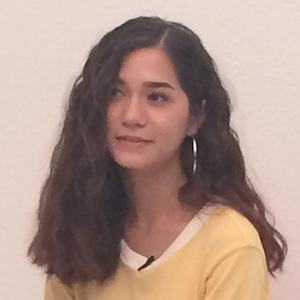 Actress and singer most well known for bringing to life Je in the 2015 film Heart Attack. She would then go on to play Pang in 2016's A Gift.

Her first acting role was as Mint in the 2014 horror film The Swimmers.

A talented singer, she competed on the second season of The Voice of Thailand and would go on to release song covers to YouTube.

Born to Ruchira Taprap and François Wautier, she has a brother named Khan.

She was featured on Billy Chuchat's cover of Tove Lo's "Habits (Stay High)."

Violette Wautier Is A Member Of