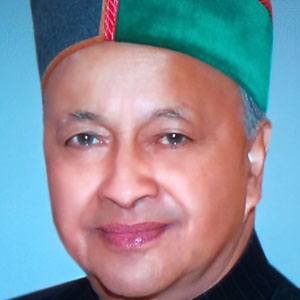 Member of the Indian National Congress who took office as the Chief Minister of Himachal Pradesh for the fourth time in December 2012. He represents Mandi in Parliament.

He studied at St. Stephen's College, Delhi before holding his first political position in 1976.

He married Pratibha Singh in 1985; the couple has four daughters and a son.

He, like Vjay Mallya , has been a member of India's Parliament.

Virbhadra Singh Is A Member Of