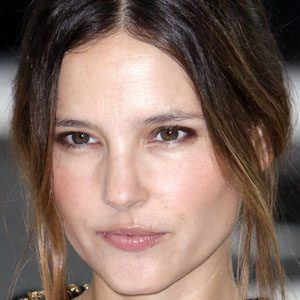 Notable for her Cesar Award-nominated performances in the films La Fille Seule (1995), Les Marmottes (1993), and L'Eau Froide (1994), Ledoyen is most well known internationally for her role as Francoise in the 2000 Leonardo DiCaprio starrer The Beach.

She began modeling when she was just two years old and went on to make her screen acting debut at the age of ten in the film What Every Frenchwoman Wants.

In late 2000, she became a spokesmodel for the L'Oreal brand.

Born Virginie Fernandez to Olga and Bernard Fernandez, she was raised in Paris, France. Her relationship with Louis Soubrier produced a daughter named Lilia (born in 2001), and her later partnership with actor Arie Elmaleh resulted in a son named Isaac (born in 2010).

She and Gad Elmaleh (the brother of her partner Arie Elmaleh) co-starred in the 2006 French comedy movie The Valet.

Virginie Ledoyen Is A Member Of