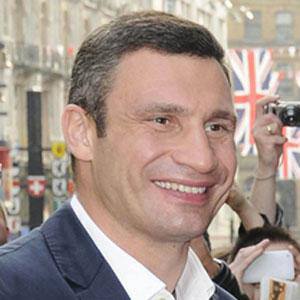 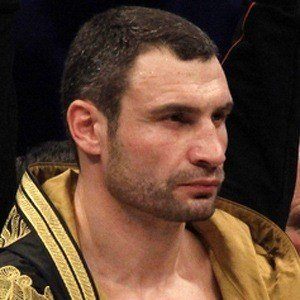 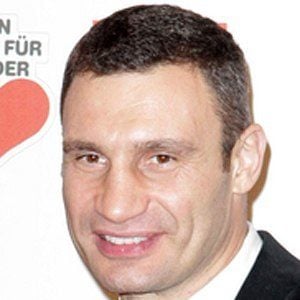 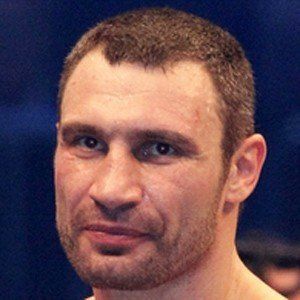 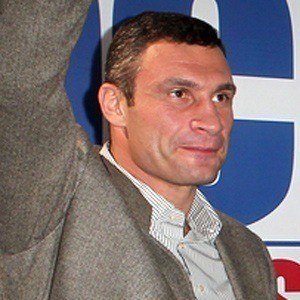 Former WBC heavyweight champion who became leader of the political party UDAR of Vitaliy Klychko. He compiled a career record of 45-2 before retiring to go into politics.

He was originally an amateur kickboxer who was knocked out by a spin kick to the jaw in 1992.

He became the first professional boxing world champion to hold a PhD degree.

He married former model and athelte Natalia Egorova in 1996.

He developed a close friendship with chess champion Vladimir Kramnik.

Vitali Klitschko Is A Member Of