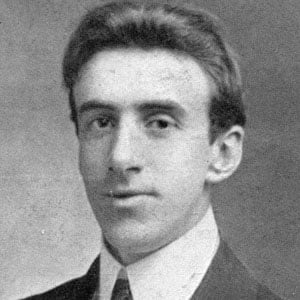 Remembered as the leader of the band that kept playing on after the RMS Titanic had hit an iceberg, this violinist went down with the "unsinkable" ship.

After briefly working for the Craven & Union Bank, he performed with the Huddersfield Philharmonic Orchestra and the Bridlington Municipal Orchestra. He later made the fateful decision to become a ship musician on the Cunard and White Star Lines.

Legend holds it that the last song that Hartley instructed his eight-piece band to play as the Titanic sank into the North Atlantic was the hymn "Nearer My God to Thee." The song was also played at his funeral in England.

The son of Methodist choirmaster Albion Hartley, he was born in Colne, Lancashire, England. At the time of his death, he was engaged to Maria Robinson, who had engraved a message on the beloved violin that remained strapped across his chest as he was drowning.

German-American businessman and politician Isidor Straus was another victim of the Titanic disaster.

Wallace Hartley Is A Member Of