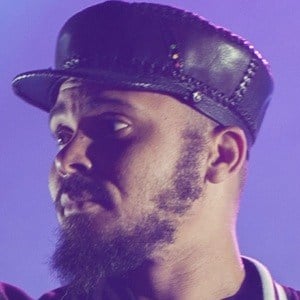 Producer and MC whose real name is Leighton Walsh. He joined the Diplo-founded group Major Lazer and began presiding as the group's master of ceremonies in 2012.

His music influences are of the reggae and dancehall genres.

He founded the record label Walshy Fire Presents. As a solo artist, he has held residencies in multiple Miami clubs and has toured globally. He was the host and presenter for the VICE 6 episode documentary Noisey Jamaica II.

He was born and raised in Carol City, Florida in a family of Chinese and Jamaican descent.

He and Jillionaire both joined Diplo's Major Lazer.

Walshy Fire Is A Member Of