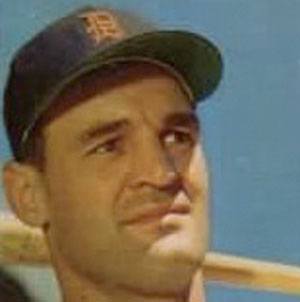 University of Connecticut legend who was one of the school's all-time highest basketball scorers, and became a standout MLB player.

At the same time as fielding offers from the Basketball Association of America and the NFL, he signed as a free agent with the Boston Red Sox.

He joined a Red Sox team with Ted Williams, Dom DiMaggio, Bobby Doerr, and Vern Stephens, making a name for himself by becoming the AL Rookie of the Year.

He grew up in Plainfield, Connecticut, getting his nickname, Moose, from the Moosup section of the city his family lived in.

He drove in 144 runs in 136 games his rookie season, the only player to average better than a run a game in a season until George Brett in 1980.

Walter Dropo Is A Member Of