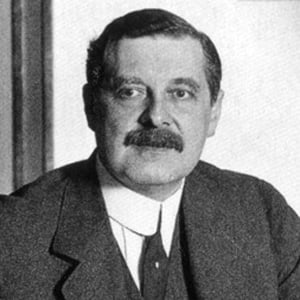 Responsible for German Modernism, he influenced architectural reform around the start of the twentieth century. Helped found the German Werkbund group, which carried on the traditions of the Arts and Crafts movement in a modern setting.

He was a student at the Christianeum Hamburg from 1877 until 1882. He was then trained as a painter in Hamburg, Düsseldorf, and Karlsruhe from 1886 until 1889. He worked as an illustrator, painter, and bookbinder following his marriage.

He designed many office buildings and factories using brick, steal, and glass.

He married Lilly Kramer in 1890, after which he relocated to Munich, where he was exposed to Bohemian culture.

Peter Behrens Is A Member Of