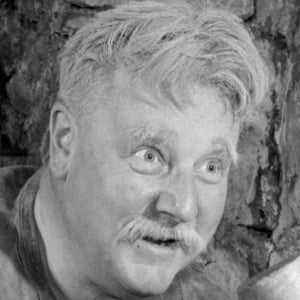 Character actor who appeared in more than 100 Hollywood films, including Lifeboat, Born to Kill, and Treasure Island. His other credits include Sinbad the Sailor, Abbott and Costello in the Foreign Legion, and The Spanish Man.

He grew up in Austria and made his American film debut in the 1942 Cary Grant and Ginger Rogers picture, Once Upon a Honeymoon.

He debuted on Broadway in 1931 and eventually earned a Tony Award for his performance in the musical, Fanny.

His father, Leo Slezak, was an Austrian opera singer. In 1943, Walter Slezak married Johanna Van Rijn, with whom he had two daughters, including Emmy Award-winning actress Erika Slezak, and a son.

The most notable of his frequent villain roles was that of a German U-boat captain in the 1944 Alfred Hitchcock film, Lifeboat.

Walter Slezak Is A Member Of