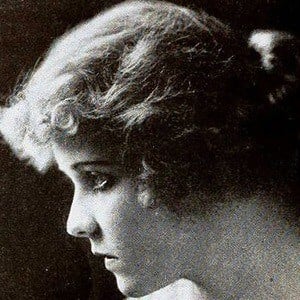 Silent film star who appeared in films by high-profile directors like Cecil B. DeMille and Sam Wood.

She was born in Scranton but moved to Seattle, where she received her education.

Her career ended when the sound era began. She reportedly worked as a call girl in San Francisco after leaving Hollywood.

She married Allen Burton Hawley but got divorced in 1922.

She played the leading lady for director Douglas Fairbanks Sr. in the 1918 film Mr. Fix-It.

Wanda Hawley Is A Member Of