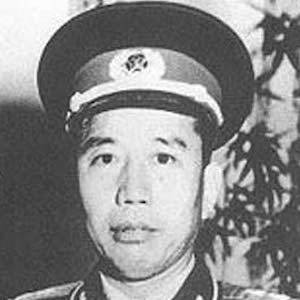 One of the Chinese Communist Party's powerful "Eight Elders," he served as Vice Chairman of the Central Advisory Commission from 1982 to 1985 and as Vice President of the People's Republic of China from 1988 to 1993.

He commanded communist forces during a Chinese Civil War battle against the Kuomintang (Chinese Nationalists).

He was a close personal adviser to Chinese President Li Xiannian.

He came into conflict with his younger brother after he discovered his brother exploiting public land for personal gain. His public shaming of his brother earned him respect in the Communist Party.

He was one of only two people permitted to be armed in the presence of Communist leader Mao Tse Tung.

Wang Zhen Is A Member Of