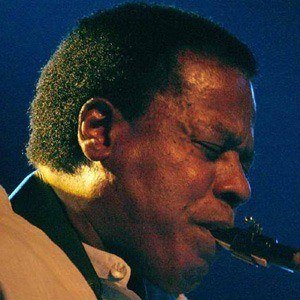 He graduated from New York University and performed with Miles Davis's band.

He released many recordings on Blue Note.

He married Teruka (Irene) Nakagami in 1961 and they had a daughter named Miyako.

He recorded the 1974s album Native Dancer, which features Herbie Hancock, among other jazzmen.

Wayne Shorter Is A Member Of