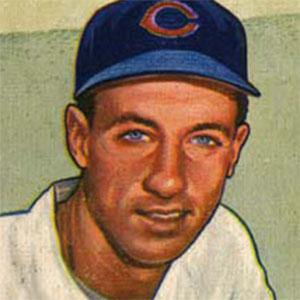 He was involved in the invasions of Tinian and Iwo Jima during World War II.

He married Lin Terwilliger in 1950.

Ted Williams hired Terwilliger as a third-base coach while he was managing the Washington Senators.

Wayne Terwilliger Is A Member Of