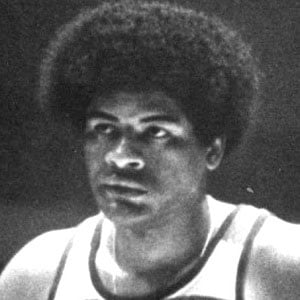 Hall of Fame forward/center of the Baltimore and Washington Bullets. He was selected to five NBA All-Star games, named NBA MVP in 1969 and he led the Bullets to an NBA Championship in 1978.

He averaged over 30 points and 20 rebounds while playing at the University of Louisville, where he was a 2-time Consensus First Team All-American selection; drafted 2nd overall by the Bullets in 1968.

He had a daughter and son, Kimberley and Westley Jr., with his wife Connie.

He played alongside fellow Hall of Famer Elvin Hayes on the 1978 NBA Champion Bullets.

Wes Unseld Is A Member Of