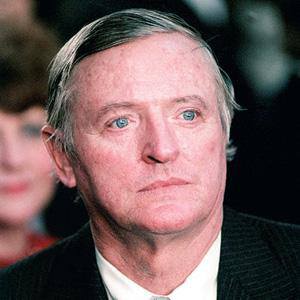 The conservative columnist and the eloquent host of TV's Firing Line.

He had a passion for music and played both the harpsichord and the piano.

He wrote God and Man at Yale.

He married Patricia Taylor in 1950 and the couple had a son named Christopher in 1952.

His literary contributions helped lay the groundwork for the new American conservatism of Ronald Reagan.

William F. Buckley Jr. Is A Member Of