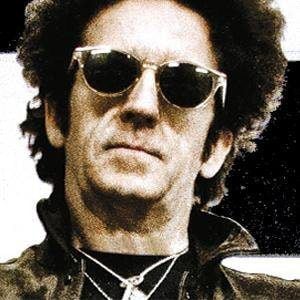 Folk-rock musician who released many studio albums and suffered many career trials only to bounce back each time.

He graduated from the University at Buffalo in 1971 where he studied philosophy. He suffered for a year from pneumonia following graduation.

He recorded songs and performed with many musicians, including Ringo Star, Tori Amos, Elvis Costello, and Barenaked Ladies.

He was born into a musical family with his grandfather being a vaudeville pianist and his uncles playing boogie-woogie.

He listened to and was influenced by Elvis Presley as a young child.

Willie Nile Is A Member Of