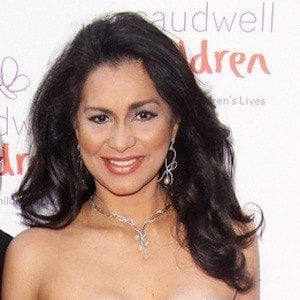 Actress, model and beauty queen who is best known as the winner of Miss World in 1975. She was the first Puerto Rican to ever win the title.

She was born in Caguas, Puerto Rico where she won Miss Mundo de Puerto Rico in 1975. She went on to win Miss World 1975 at the Royal Albert Hall in London. After passing on her crown in 1976, she was signed by Ford Models in New York City.

She helps run a foundation to help Puerto Rico's under-privileged children, for which she organizes charity balls and other philanthropic events.

She is the widow of Bruce Forsyth. They had a son together named Jonathan Joseph Forsyth.

As a winner of the Miss World contest, she is among the ranks of fellow winners Diana Hayden and Zhang Zilin.

Wilnelia Merced Is A Member Of