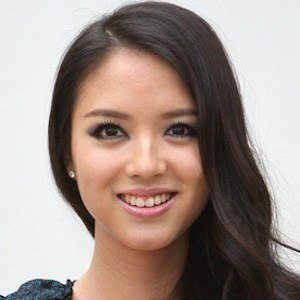 Chinese model and beauty queen known for being named Miss China and Miss World 2007. She proceeded to act in the movies The Underdog Knight 2 and The Monkey King.

She studied business at the University of Science and Technology Beijing and started working as a model in 2003 while still in college.

She was a talented track athlete growing up and was named Top Model of the Year by New Silk Road in 2007. She has more than 500,000 followers on Instagram.

She gave birth to her first child in 2016 with her husband Neil Nie, whom she married in 2013.

She and Christine Reiler both competed at Miss World 2007.

Zhang Zilin Is A Member Of