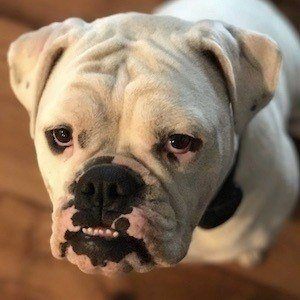 Rose to fame as one of the pets of the Bratayley bunch. A bulldog, she and the rest of her fur siblings have earned more than 750,000 followers on their Bratayley Instagram account.

She made her YouTube debut in the December 2014 video titled "New Puppy and Name Reveal."

She is owned by Jules and Hayley LeBlanc. Her fur siblings are a boxer named Piper and a French bulldog named GG.

She is a member of the Bratayley family alongside Jules and Hayley's parents, Billy and Katie LeBlanc.

Winnie LeBlanc Is A Member Of