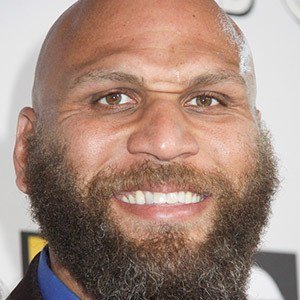 Television actor who is best recognized for his role as Jaco in Agents of S.H.I.E.L.D. and Nightmare in Happy Together. He is also known for his comedic roles in GLOW and Brooklyn Nine-Nine.

He started his acting career in 2012 after appearing in several short films. He then started gaining further attention in 2018 with his recurring role in Happy Together.

He is also known for his role as Nordic on the popular AutoTrader commercial.

He often posts photos with his two daughters through his Instagram.

He used to be a bodyguard for Snoop Dogg.

Winston James Francis Is A Member Of