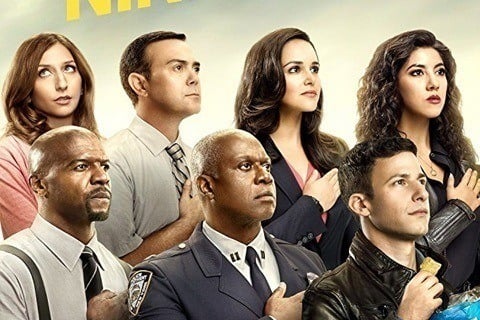 Sitcom about an immature NYPD detective who clashes with his new captain. The show was created by Dan Goor and Michael Schur. In 2018, the series was cancelled by FOX, but was quickly picked up by NBC.

The series was nominated for its first Emmy Award in 2014 for Outstanding Supporting Actor in a Comedy Series for Andre Braugher. The show won its first Golden Globe Award in 2014.