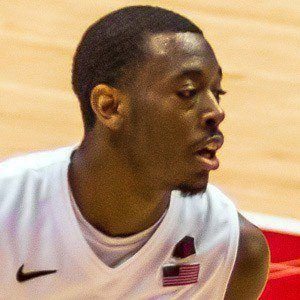 Professional basketball guard who signed with the Brooklyn Nets in 2014. While playing college basketball at San Diego State, he was named Mountain West Player of the Year.

He averaged 26 points per game during his junior year at Pleasant Grove High School.

He was named to the All-MWC First Team and MWC All-Defensive Team in 2014.

He has siblings named Malik and Melissa.

Xavier Thames Is A Member Of