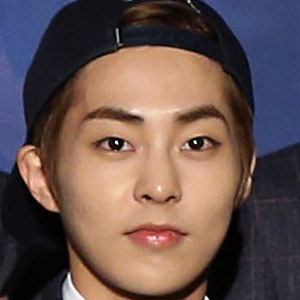 Officially the seventh member of the Korean-Chinese boyband EXO, he was born Kim Min-seok. He is a lead dancer and lead vocalist for the group.

He was the runner-up in the S.M. Everysing Contest which led to his casting with S.M. Entertainment.

He has appeared on numerous radio shows on various networks throughout South Korea.

He is from Guri, Gyeonggi Province, South Korea. There is some hesitation about whether he was born in 1990 or 1989 due to him sharing that he was 25 years old during an episode of EXO Showtime which would indicate a birth year of 1989. The internet initially stated he was born in 1990.

He joined Sehun, the fifth member, in the boyband EXO.

Xiumin Is A Member Of